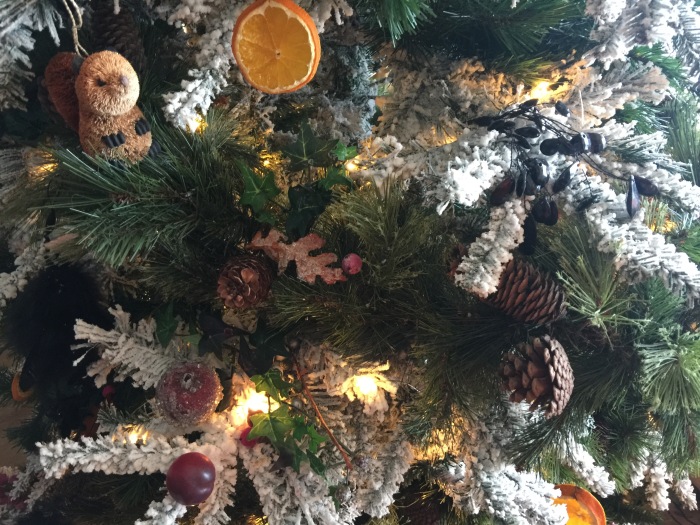 The last published item from myself was in September after returning from Mallorca celebrating my sixtieth birthday with my best mate, Chris.

Now, three plus months after that event I am back with a story, a fable, a tale and an excerpt from my daily life, sadly, my holiday story has not been completed yet, but, in time, that will happen, believe me, it has to.

So, its now four days after Christmas huh! Has your internal spirit now shelved the incongruous episode of gift giving, being nice to people and stuffing ones own face ever, with the sin that is known as excess?

This continued repetition performed annually with personal rituals being handed down from generation to generation have to be fulfilled. The same person decides when the tree is coming down from the glory hole, or from under the stairs or any vacant space once available, or it is the usual family outing to go to a christmas tree farm, choices of all kinds of evergreens whether they be organic or force grown, whichever, everyone returns home smiling just like Red Rum had won the Grand National, yet again.

At this point has the spirit of Christmas really arrived or has the true meaning of the Christs birth sadly been taken for granted? Doing this ritual every year, might briefly remind us what it is all about.
Sadly the run up to the main event as its often referred to each year will start when I hear Jona Lewie’s ‘Cavalry’ played on the radio. Normally I’m in overdrive by now and would have printed all my ‘to do lists’. Ready and eager the tree is pulled out of its duvet cover, as most of you probably know, keeping an artificial tree under control is like fighting an octopus, branches popping out everywhere. Please note:- The unabridged version of the Queensbury rules apply here.

No. At least, Instead, I decide that I want a real tree this year, criteria dictate it has to be at least ten foot tall and perfectly proportioned. Ive picked a few trees over the years, and if its not right, and it has to be, then its onto the next exhibit. Upon arriving at the farm at the small village alongside the ring road, I drove into the establishment carefully in four wheel drive, steadily along the winding and bumpy track, many of the trees had been artificially snowed upon and quite a few beauties had been ear marked with red bands, it was getting late into the afternoon and weather wise quite nippy, almost like the deep midwinter. Suddenly I had the most terrible sweeping feeling of déjà vu completely encompassing and devouring me, I shook and started to sob uncontrollably, there was a slight drizzle in the air and as I parked up, against my strong will, reluctantly, I just broke, I could see and hear my daughter in the rear view mirror laughing with excitement at the thought we were going to capture our tree, just the two of us, late on many a Christmas Eve,  but of course, reality in fact, was that that was 21 years ago and of course everyone knows the Christmas law that two persons have to be present no matter how big or small to purchase a tree.

I couldn’t physically move, eventually, and hastily I sped out of the rough cambered car park like I was a demented rally driver. Of course, the change of plan now meant old faithful would have to be dragged out and erected and then only in a time honoured fashion and in meticulous order I started to assemble. Recently I had purchased via the internet new sets of fine copper lights, each set of ten metres, each with four hundred warm lights had to be draped, place and secured around this gargantuan effigy, not only once, but three sodding times, actually, the third set was repositioned twice, I hate writing profanities, but the air was blue, but perfection is all I seek, too much to ask for? I don’t think so!!

Only then does the next inexhorable stage begin, more branches from another tree stored in boxes, no vacant spaces on this monster, this year it would be stuffed to the gunnels. Im not a one for baubles and tinsel, I tend to purchase large displays and rip them apart and just stuff branches with berries and frosted fruits and plastic ivy alongside leaves and tassels and black feather fluffies. Grape bunches, Berries, Cherries, I call the tree the fruits of winter, there are three animals, one hedgehog who stays down near the lower branches, two squidganinnies (squirrels) half  way up and a yellow bird high up in the top branches. Of course, there then has to be the topping out ceremony, always having the turmoil myself of being torn between a star or a fairy, I have always opted for the star, and as a fairy myself, a large piece of noble fir rammed up my backside would not be what I would want, so, the star it is, glass of wine in hand, I step back and admire, wiping a drop of joy away from my tear filled eyes.

Of course, during this erection, all furniture has moved and the house looks like a disaster area, piling cut logs around the metal base merely defracts and authenticates-says it is a false tree. I have had to move my dear office area out of the bay window to accommodate this gargantuan masterpiece and this has really thrown my literary works and ideas into a pot called “for gods sake take the fucking tree down as soon as possible and get on with it”

I was going to leave the dismantling until after New Year, say 5th January, always remember that as it was my parents wedding anniversary. The main reason I’m getting my chopper out and felling it tomorrow is that I have been introduced to the works of Allen Bennett over the holidays and this has given me impetus to get back to my prose, rants and of course, contact with my dear followers.

Conclusion …. A Christmas tree is not for life, just perhaps a few days more than is reasonably necessary.

May ‘your’ God bless you and I too wish you all a very happy New Year. Xx