Two days of absolute crap, continual costing and share deadlines and presentations were beginning to make my life unbearable.  My girlfriend was constantly nagging about the lack of attention I paid to her, but then again she has never been happy, I dont think she knows the true meaning of. Her radiance that attracted me has gone dull, the rewards of my extra income are now too familiar to her. Perks like the handbags with labels on and the free-flowing Champagne at the ‘every day parties’ she gets invited to, still wont bring back the once look of contented, now she has a look on her sallow wizened fizhog, not unlike a wilting salad with a past its sell by date.

She never stops, the repetitious moaning, the bad scratch created is now getting too much for me to bear. Either way I am going to snap or her bloody neck will. Breaking the news to her that I wanted this evening to myself was going to be a tricky one. Even worse, tomorrow was her birthday, and that alone in itself presented an even greater problem, what on earth do you give the bitch from hell as a gift when she already has everything?

One solitary glass and a bottle of Bollinger was to be my comforter, this was the perfect hour, apart from the jealous persistence of the phone ringing and the answer machine kicking in, over and over, and over yet again …. ‘Oh why on earth, dont, you, just, fuck off !’

……. Teetering between consciousness and infinity, my tortured mind attempts to pick up some strands of a life once lived or dared to have wished for   ……………I am led, pushed and dragged along by at least two people, my wrists are tied tightly behind my back, my blindfold is loose and I can make images. I stumble on uneven cobbles, my feet are bare, now ripped and sore, there are lots of people around me, jeering, and screaming obscenities. I can smell the dirt and filth of human waste which is underfoot.

‘What have I done to deserve this treatment? This cannot be happening, it must be a dream, but, it’s definitely not mine surely, wake me up someone …….. please PLEASE!’

I am near the river’s edge, the rancid smell of the exposed shore line as the tide has ebbed, its ozone permeates deep into my nostrils and the constant hammerings of nail into wood resonate in my head, men shouting and chanting as they unload the cargo off of the trader ships moored alongside after navigating the dirty river, ‘is it the Thames?’

Boats from foreign shores full of spices, silks and any contraband worth its weight in gold are bought ashore, this has to be the dock areas, Limehouse!  The language that surrounds me is sharp and fast, Chinatown, Chinatown? ….. What is this I am experiencing?

Raucous shouting, laughter and singing comes from the ale houses, these tiny rooms in slum terraced houses are close to the unloading bays, horny sailors cavorting with sluttish whores, any tricks in the books are available, and the disease that transfers itself between these copulating couples is rife, the sweet smell of cannabis is abundant, horses pull carriages with wealthy gentlemen in suits and top hats looking for immorality with easy men with underground tendencies, constantly parading the streets with the sullied mantra “I can resist everything except temptation, it’s all here … and its right in front of me’ whilst looking for their prey.

Suddenly we stop, three loud thumps as the metal knocker strikes the fixed metal plate. The sounds of the hollowness on the wooden door are in unison as a strong arm punches his fist between my shoulder blades, now falling forward over the steps and up onto a wooden floor, eventually I gather my own balance. I feel my way down at least ten wooden narrow treads, the walls are close, the place feels slimy and damp although a strange warmth emanates. Hushed whispers abound,  the bandage that is my blindfold is removed, the light stings, albeit subdued.

I make out a large room, red opulent drapes hang from the ceiling tied to the sides by long black feathered tassels. Candles upon tall wrought iron stands are in each corner, these four sources of light give an ambience of debauchery, ornately engraved brass and silver lamp holders containing opium spew heat upwards, already my head is starting to spin in this hedonistic hell. Two large elderly bosomed ladies of the night stand in front of me, their hair badly piled high, poor attempts at ruche’d bustles followed behind their once trim, now fat girdled waists, provocatively, through rotting smiles they beckon me forward, they turn me around and push me down onto my knees ….. They laugh.

The incense smoke which hangs low magics a vision, slowly through the haze of the sweet smell a person appears. The Emperor emerges from the clearing, he sits firmly in his golden state throne. Three carved dragons are either side of his head, they twist and gyrate and breathe fire, through darkened slits he observes, his eyes are like red-hot coals, swiftly burning deep into my persona. His arms sit uneasy at his side, dirt encrusted curled nails protrude from long spindly boney porcelain fingers which firmed white from clenching the chair ball ends.

His thin black mandarin style moustache tail ends drip continuously with sweat and saliva, it marks a stain on his emerald-green silk coat.  A gold trimmed hat matches the black velvet collar which stands high toward his chin-line hiding the scars of hungry worshippers and blunt needles, the silence is terrifying, but at the same time almost deafening….. 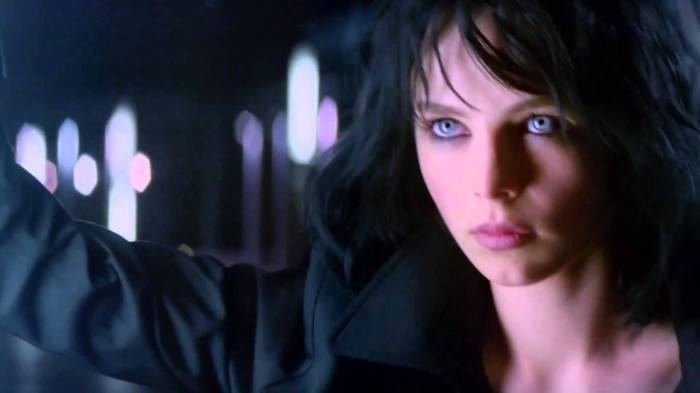 Female attendants in black silk suits stand guard either side of him, my eyes catch one of them, direct we exchange a glance, I think .. I know this person! ….

……  My heart pounds out of control as I pull myself out of the bed, ‘phew, thank goodness that’s over’ I mutter.  I compose my shaken self, and after making a mug of tea before settling back to sleep. I start to think  …. ‘that person I thought I recognised, when, where, why, what & who on earth was she?’ …….

I spent the remainder of the night staring at the ceiling and contemplating all kinds of rubbish, I raise myself out of the pit. Checking the digital clock on top of the stand I notice I am way late for work, almost tripping out of my flat as I dress and getting my shit together I have the sudden urge to look around. Everything was not what it seemed, nothing was in order, infact the whole place looked like a party of a grand scale had been staged.

Work was being a complete and utter bastard, I unleashed my imaginary shackles from the desk and pushed myself away from the electronic abacus, swiftly grabbed a coffee and fled down to the shopping arcade under the banking-house. So many outlets to choose, I was in turmoil, almost by magic I was drawn toward the Perfumery, like an exhausted fish,  hooked and was reeled in, I didn’t fight. Inside was like a minefield, I had no idea what scent my girlfriend liked, she had far too many bottle of the shit, and whatever I actually purchased would probably clash with her own natural bacterial odour. I was on a hiding to nothing, I was doomed,

Like a candy shop I could concentrate, spinning like some thing out of control. I hadn’t looked up, the perfumer asked in a most beautiful voice “Perhaps I may be of assistance, are you interested in this?’

A Black box with a black bottle inside, “smell” she says.”and again”

I looked up at her, our eyes met, suddenly it was de-javu, smiling with a knowing look she pressed a card into my hand, it read:- The Basement Club, Narrow Street, Limehouse, London E14.