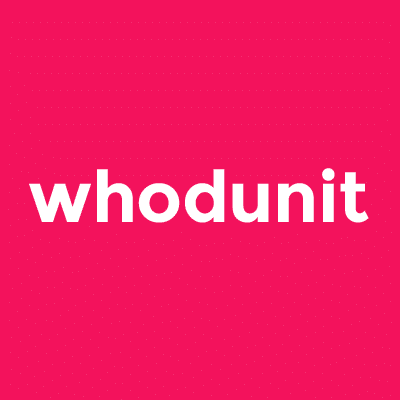 *Disclaimer* This is a work of semi fiction. Names, characters, businesses, places, events and incidents are either the products of the author’s imagination or used in a fictitious manner. Any resemblance to actual persons, living or dead, or actual events is purely coincidental.

I really am pissed off this morning, when you are given dates and times by companies for appointments and non of the fore mentioned traders stick to that ‘window’ I get really narked.

There is NO need for complacency or this attitude of when I feel like it or when people do not have a plan B.

Since Friday of last week, everything seems to have gone tits up, my neighbours heating has failed, the boiler has been churning away for twenty-five plus years and been plastered, stitched up with Gaffa-Tape and bump started far too many times to mention. This weekend has been freezing cold with easterly winds and now that the system has gone into lock out the house is not habitable, my friend who is not of 100% health and his land-lady has this “really couldn’t give a f**k” attitute gets my goat.

I have taken him in complete with his two dogs and we are bunking down in a small apartment, on the other hand the person in charge is probably still languishing in her mid morning bath and reading a who dun it, well, if nothing is done by Wednesday, there will be an actual who dun it, and the person who will have dun it will actually be me.

This morning my house was due to have scaffold erected around the whole building so as the painters and decorators could start forthwith. Yes, you guessed it …. NOTHING !

And tonight my landlady will contact me and ask, and I will have to be polite in my reply with a NO!

The house is restrained and secure behind an installation of modern art, an erection of galvanised scaffold, single rung ladders are attached on different levels at precarious angles, safety gates on each staging and simple thick planks act as kickboards which, in my mind’s eye a good few of them have already been designated for my newly designed avant-garde rustic dining table.

A sophisticated plan which involves an after dark operation, the sylph like hunchback villain strikes with the clumsiness of a primate on diazepam, along with his imaginary bumbling partner in crime, the invisible Japanese rat,  Felix. Purloining the same said items, together they move with the clumsiness of a badly edited 8mm analogue movie. Of course, at sixty years old who would consider pointing a  finger of suspicion at me in normal circumstances. I proffer an answer wearing slippers and pyjamas adorned with breakfast stains when opening the door to the plank police the following morning. We discuss the mystery whilst sipping builders tea sat against a cloth-covered surface, in sight standing against the wall, is an old green table, now obsolete and superseded.

The last week has been overseen by one of the landlords, he with the rather lax attitude and sad pathetic grin stands with his hands behind his back and surveys the exterior of his half-share of the property with his pale and gaunt skin he looks like Charles Laughton, he of bell ringing fame, his red eyes circled grey from the latest cadaver range of funereal cosmetics, pale and gaunt  ….. Goodness knows what thoughts are rattling around in that spacious void balanced upon the crumbling building blocks which are clearly drawn and labelled C1 & C2 in The Lancet. A slow reacting device clogged up with cobwebs and many out dated memories, the only thing whirring today is the notion of him having to pay for these repairs. Deep harrowing rifts dredge deep into his concentration, departing with his earned cash isn’t going to be easy, accumulated from his other slowly rotting and decrepit properties which are dotted around the country like malignant tumours scattered upon an epidermis.

The other landlord, who is in fact a lady, has taken shift duty, a canny lass from North of the border, an esteemed and eminent Professor of music, no sense of reality, just an outlook on her way of life in accordance to her own rule book and law alone. There is no meandering allowed off her path, it’s either black or white, there are NO grey areas where she is concerned, the DNA strands that make up a sense of humour were not activated upon conception, and at this time of life, at least three score years plus many more later,  it’s never ever likely to be.

All quiet at the front of house this afternoon. Golem the Glaswegian weasel and his bunch of merry dib-dabs are busy transforming my rear courtyard, the contents of a special size six litre kettle of wishwashwhite are being applied to the vertiginous boundary wall whilst a mysterious and eerie sound of a violin being tortured emanates from the apartment above. I consider sending myself outside to retune their over voluminous radio weilding my special all-purpose hammer and ranting, instead, I breathe in ….. and I breathe out!

All is well with the world, …. all I need now is ten chairs, they don’t even have to match.

Simply because, life isn’t about conformity, push your own boundaries once in a while, step on the grass a few times, throw away that bottle stopper and drive your car like you stole it on occasions.