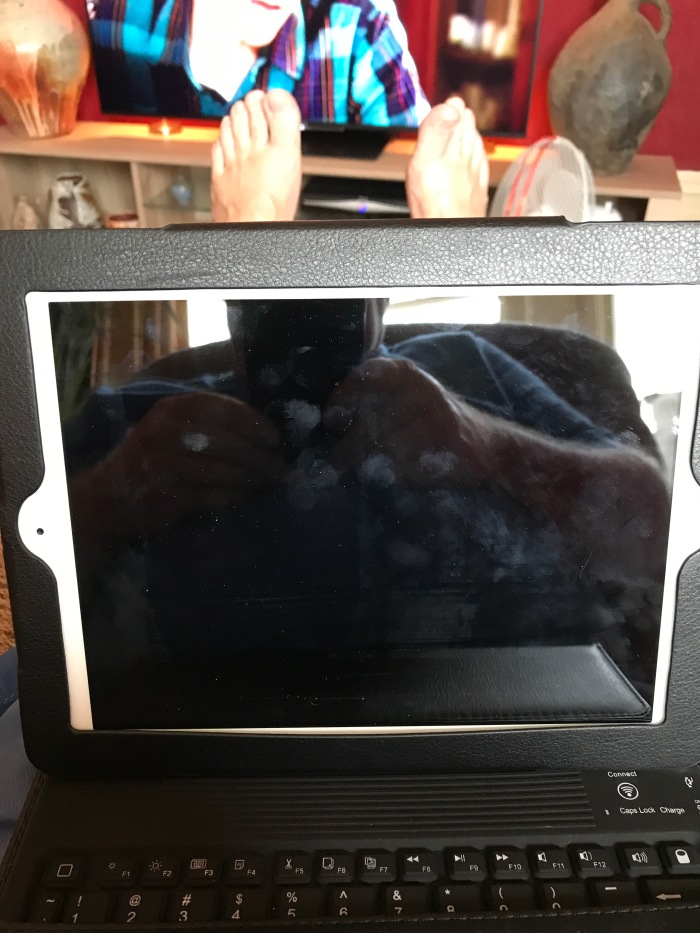 A photo a day in June, well not quite actually.

Yet another period of fending for oneself plus three terrierists, that such word is normally associated with bad people doing bad things, but if you read carefully it’s doesn’t state that, there is a difference between terrorist or terrierist, the latter would just kill you with kindness or lick you to death, the other, well, they’re not worth mentioning.

Chris has disappeared to the county of Essex on family business, yet here on the gloomy isthmus it’s raining, again! The central heating is on and believe this, it’s almost July. It’s funny that I always seem to have inspiration or my creative juices start flowing when the weather is dire.

So, unlike Dylan Thomas who in his garden had a writing shed which gave him isolation to come up with many great poems and plays, all I have is a temporary desk. Well, if you can call a laptop iPad on my knee just that, then yes. However, I’ve just fired it up and the bloody thing has frozen, probably in protest toward me for not stretching my imagination often enough or exercising my thoughts daily. It’s almost as if it’s alive, I mean, the message says reboot …… is that a personal message to get my act together?

Hence the reason I’m writing this on my iPhone, squinting through one eye and just using one thumb on the keyboard …… oh such decadence!