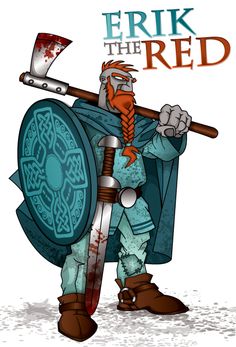 Who on earth would consider going outside in this icy weather? If it was me I surely would have wimped out on my appointment, but, being the stalwart just like Erik the Red the Norwegian did in 983 AD, old Mr diehard, (my trusty neighbour) will head out, deep into the arctic conditions. I’m only too pleased I have this nasty coughing bug which surely has been my escape card from todays activities.

At 6am there was an almighty clap of thunder, to be honest, never heard the first or the follow-ons quite as loud as ever before. Poor Bertie who had been struggling with his first night shift whilst the family from above had arrived late, was certainly on tenterhooks with every noise, the rattle and clattering of corrugated iron sheets being shuffled as in a game of cards was certainly getting his hackles ruffled, once he had realised there was nothing he could do, quickly nose-dived into the safety of the arc in the small of my back, often, a small grunt of “I can still hear you” was muttered.

The brief thought of creating something Hygge ( a term now ‘Fasjonable’) and lighting a candle to watch the lightning display disperses as squickly as it arrived in my mental canyon. Pulling the duvet back over my head, surely and steadily the cacophony of the heavy rain against the rear window sends me back to whence before when I was enjoying a blissful sleep.

Slept for an hour again midday, and managed to keep my breakfast from popping up like a meerkat, I doze yet again and after texting ‘the King of Winter’ for some Benylin to ease the inconvenience of this barking. The Viking retorts a text upon his return, inviting me for refreshment and a butter shortbread back at his lair with flaming torchieres. In the blink of an eye I accept, wrapping myself up warm, with track suit sloggies and a Navy style blazer which kept the biting north-west wind from icing up my essential extremities. I meander the treacherous path, one rather large terrier runs between my legs whilst i carry the other like a fake Pravda handbag under my right arm, it tries to escape. Such a pity I didn’t put on my newly gifted wooly hat, you know the ones that look like you are wearing a duffle-bag?

Yes, one of those.

This evening the constant need for sleep is dragging me right down, it’s as if I were wearing a rucksack filled to overflow with half a dozen extra red bricks stuffed in the outside pockets, my neck and back need straightening, but, just cannot seem to find a position to allow my vertebrae to align. Now devoid of any sustenance I sit here writing gibberish whilst listening to “Diamonds” by Elton John and only in just another thirty-two minutes, Siri, with her nauseating American accent will remind me that its medication time yet again. Just as if i were an inmate in The Oregon State Hospital where ‘One flew over the Cuckoos nest’ was filmed, it’s quite apt really as these tablets im taking to ease my mental stress are taking their toll, almost to the point of I dont think I can take any more of this.

2 thoughts on “Erik the Red”